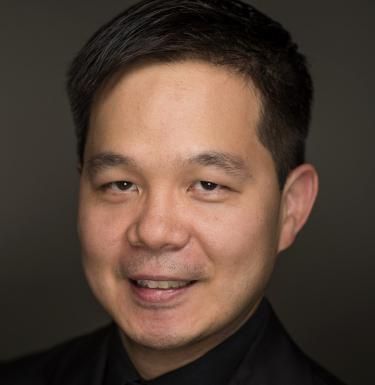 We are thrilled to present Claude Sim as are featured soloist for Epic Themes. Don't miss Claude, Conservatory Orchestra, and String Ensemble on Sunday, November 14, 2021 (4PM), at the Newman Center for the Performing Arts.

Claude Sim enjoys a varied career as a chamber musician, orchestral leader, soloist, and multi-genre performing artist. He studied violin performance at the Oberlin Conservatory (BM '99) with Greg Fulkerson, Almita Vamos, and viola with Roland Vamos. At age 21, he was appointed Associate Concertmaster of the Colorado Symphony under music director Marin Alsop. As a frequent soloist with the orchestra, he has earned praise for his 'lustrous tone and poise' by the Rocky Mountain News and dubbed ‘Denver’s Musical Adventurer’ by the Denver Post. He was formerly Associate Principal Second of the Baltimore Symphony Orchestra and has served as guest Concertmaster of the Kansas City Symphony, Principal Second of the National Arts Centre Orchestra of Ottawa, and first violin with the Philadelphia Orchestra.

Equally at home performing on violin and viola, Sim has been a grand prize winner at the Fischoff National Chamber Music Competition. He has served as guest first violin and viola on concert tours with the critically acclaimed Miró and Pacifica Quartets and has collaborated in performance with acclaimed pianists Christopher O'Riley, Jeffrey Kahane, and members of the Vermeer and Tokyo String Quartets.

Sim is the solo violinist of Extasis, the noted tango group with a studio album to their credit. The ensemble’s arrangements of Golden Age tango by D’Arienzo, Troilo, and Pugliese through the nuevo tango of Rovira and Piazzolla serve as foundations of their wide-ranging repertoire. Extasis performance tours and community engagements have reached audiences across the United States and Europe.

Known for his multi-genre interests, Sim’s jazz album Time With You presents a collection of standards from the American Songbook. Trumpeter Greg Gisbert (Wynton Marsalis, Clark Terry sideman) is a featured artist on the record. Sim has performed with Hamilton star Leslie Odom Jr. and Odom’s jazz quintet as guest soloist and has shared the stage with Irish American fiddler Eileen Ivers, Warren Haynes (Allman Brothers Band, Gov't Mule), rock band Guster, and with iconic Denver rock band Devotchka, both live and on the album 100 Lovers. He performed as a duo with GRAMMY award-winning artist and banjo master Béla Fleck on a 2014 Colorado tour, culminating at the Telluride Bluegrass Festival.

Claude Sim’s performing career and concurrent teaching philosophy are driven by striving to be a complete artist and citizen. His teaching mission focuses on developing true versatility while building connections across musical genres, communities, and cultures. His previous teaching appointments include the University of Colorado Denver and Colorado State University. In 2019, he joined the University of Colorado Boulder College of Music as Assistant Professor of Violin