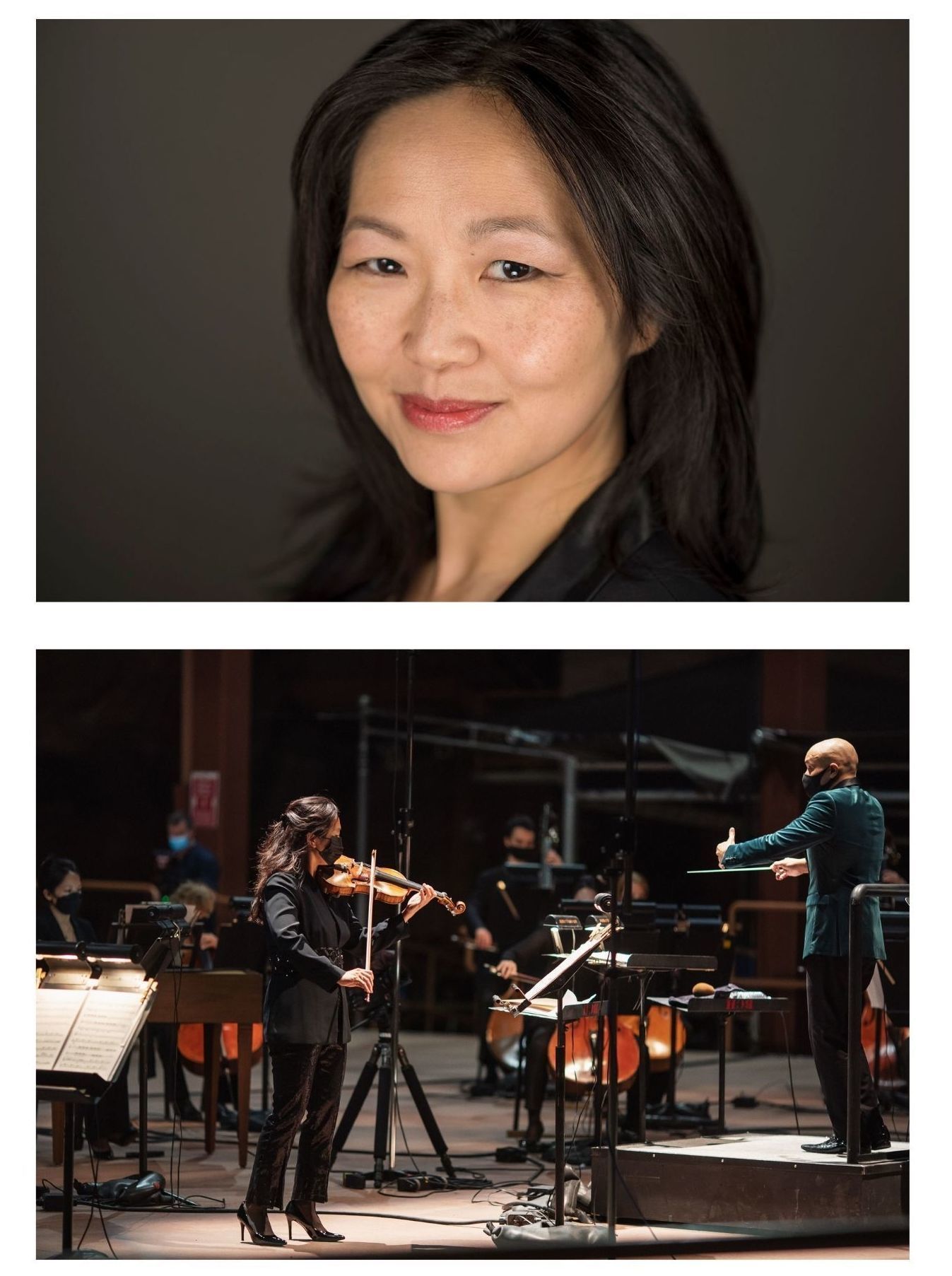 Yumi Hwang-Williams, Korean American violinist is known today both for her stylish performances of the classics and her commitment to the works of present-day composers. STRINGS magazine calls her ‘a modern Prometheus’ who has ‘emerged as a fiery champion of contemporary classical music.’ Her interpretations of concertos by Thomas Adès, Aaron Jay Kernis, Michael Daugherty, and Christopher Rouse have earned critical acclaim as well as enthusiastic approval from the composers.

Yumi is a frequent soloist with the Colorado Symphony where she has served as Concertmaster since 2000 and has soloed with other major orchestras both in the U.S. and abroad, including the Cincinnati Symphony, the Indianapolis Symphony, Sinfonieorchester Basel (Switzerland), the Bruckner Orchester Linz (Austria), Brno Philharmonic (Czech Republic), Chicago Philharmonic and Joffrey Ballet, in collaboration with conductors Marin Alsop, Dennis Russell Davies, Hans Graf, Paavo Järvi, Peter Oundjian, and Markus Stenz.

An avid chamber musician, she has performed with Gary Graffman, Ida Kavafian, Jeffrey Kahane, Christopher O’Riley, Jon Kimura Parker, among others. She performs regularly around the Colorado region in various chamber music series.

Yumi served as Concertmaster of the Cabrillo Festival Orchestra for thirteen years, Guest Concertmaster for the National Arts Centre Orchestra, Ottawa, and Singapore Symphony. She held the post of Principal Second Violin with the Cincinnati Symphony, guest violin with the Philadelphia Orchestra. She is a faculty member at Denver University’s Lamont School of Music and enjoys working with young professionals to prepare for auditions. Yumi performs on a violin made by Carlo Landolfi in 1752.