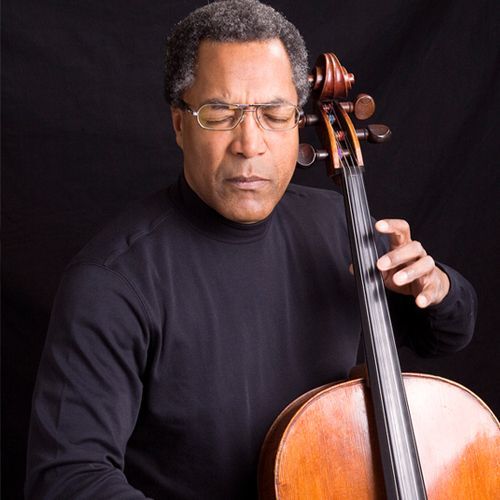 The first Grand Prize winner of the Emmanuel Feuermann Memorial International Cello Solo Competition, Anthony Elliott garners critical acclaim for his performances as a concert cellist, conductor, and soloist. Presently he is Emeritus Professor of Cello at the University of Michigan in Ann Arbor. He has appeared as a soloist with such orchestras as the New York Philharmonic, the Minnesota Orchestra, the Detroit Symphony, the Vancouver Symphony, and the CBC Toronto Orchestra. A number of his CD recordings are available at www.cdbaby.com.

Mr. Elliott has performed Morawet'z Memorial to Martin Luther King numerous times throughout his illustrious career.  He shares with us a little more context regarding the origins of the piece: "In 1967 Rostropovich asked Morawetz to write a composition for him for cello and orchestra “with an unusual orchestral color”.  But it was only in April of 1968 when the composer, deeply moved by the tragic death of Martin Luther King, decided to fulfill his commission by writing a work dedicated to the memory of the great civil rights leader.  The composition was completed in the summer of the same year.  The premiere was scheduled by the Vancouver Symphony in February of 1970, with Rostropovich as soloist, but due to illness, his tour to the American continent was canceled.  The premiere took place later with Zara Nelson as soloist, who recorded this work on disc with Otto Werner Mueller conducting the Montreal Symphony Orchestra.  On April 4th, 1978, the tenth anniversary of King’s death, Morawetz’s composition was programmed on 16 radio stations in Canada and the USA to an audience of several million listeners."