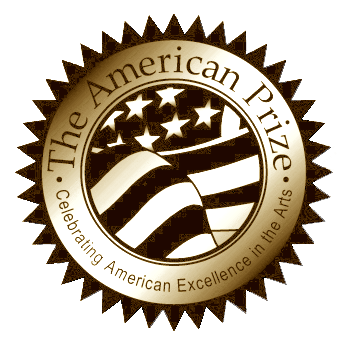 The Denver Young Artists Orchestra is thrilled to accept the honor of being named the 2020 American Prize Winner of the Ernst Bacon Memorial Award in the youth/school ensemble division. We were also awarded the 2nd Place in Orchestra Performance in the youth orchestra division.

According to the American Prize website, the Ernst Bacon Memorial Award "recognizes and rewards the best performances of American music by ensembles and individual artists worldwide, based on submitted recordings. Applications are accepted from professional, college/university, community and high school age solo artists, chamber ensembles or conducted ensembles, competing in separate divisions, and from composers with excellent recordings of their works."

The American Prize is a series of nonprofit performing arts competitions that were established in 2009. Competition submissions are by recording only and evaluated by an esteemed panel of judges. Performances across the United States are judged at the professional, collegiate, church, community, and secondary school levels. It is awarded every year by Hat City Music Theater, Inc., a nonprofit organization based in Danbury, Connecticut.

DYAO had the distinction on winning the Ernst Bacon Memorial Award for the Performance of American Music in 2017. This prestigious award, which recognizes music performances by American composers only, includes a cash prize.

For more information about the organization, you may visit The American Prize.