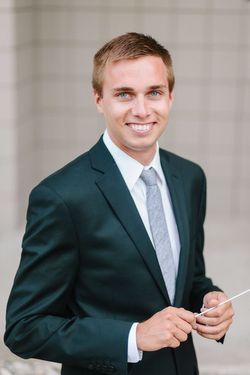 Dr. Joel Schut is Director of the Philharmonia Orchestra and Instructor of Music Education at the University of Colorado Boulder where he teaches courses in music education, string pedagogy and orchestral performance.

Prior to his appointment at CU, he served as interim Director of Orchestras at the Crane School of Music SUNY-Potsdam, served on Music Education faculty at Michigan State University and taught for seven years in the Michigan public schools including the nationally recognized Okemos High School Orchestras. He is an active clinician for all-state, regional and honor orchestras and a passionate advocate for public school music programs throughout the country.

A dedicated string educator, his research and service include work as a conductor-teacher trainer and advocate for cross-cultural music making. He has presented clinics and workshops on a range of topics and mentored young teachers nationally and internationally. He has worked with multiple engagements in Tunisia and Honduras and served as guest faculty at the Afghanistan Institute of Music. He facilitated a long running music host exchange connecting German and American young artists and has been a featured artist faculty at the Myanmar Music Festival. A graduate of the YOA Orchestra of the Americas Global Leaders Program, he has served as a program mentor connecting innovators in youth orchestra education throughout the Americas.

Dr. Schut currently serves as Editor for the American String Teacher Journal. He received his Doctorate in Orchestral Conducting from Michigan State University, Masters in Orchestral Conducting from the University of Colorado-Boulder and Bachelors in Violin Performance and Music Education from the University of Michigan School of Music,Theatre and Dance where he was awarded the Albert A. Stanley Medal, the school’s highest honor.